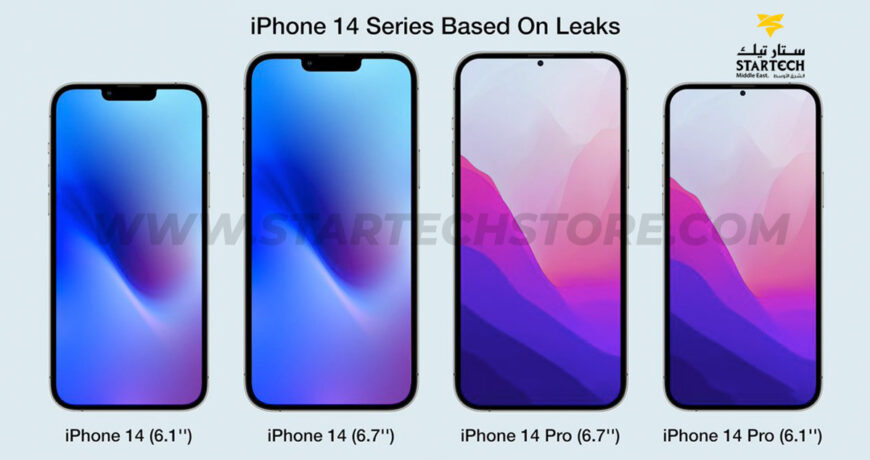 The iPhone 13 lineup is only approaching halfway point of its life cycle, still, we’re already looking forward to the iPhone 14 with high anticipation. Why? It’s obvious to hear plenty of rumors about the upcoming device, what features will be on offer, and what it will look like. In other words, while the phone could certainly surprise us, we could also have a good idea of what the device will end up looking like.

Apple has gone crazy with its hectic product release schedule for the fall of 2022. Although rumors of the entire coming generation of iPhone are already being spelled out, it seems that the iPhone 14 Pro is the one that is arousing everyone’s interest and, therefore, it is the one that more rumors are reaching us. And it is quite understandable, after the Pro version’s arrival, this version, and especially its Max variant, has become a great object of desire to the people, even eclipsing part of the notoriety of the standard version of the iPhone series, which remains top of the range.

According to a few reports, it is said that Apple’s notch will be removed for the iPhone 14 Pro and iPhone 14 Pro Max but will remain for the lower-end versions. The hole that is usually housed at the front-facing camera is expected to be “pill-shaped” while the Face ID technology will be moved beneath the display. Thankfully, the same reports also say that we shouldn’t expect Face ID to suffer any ill effects by being covered up. We already know that Apple has been trying to place the front camera under the screen, and it is most likely that, if this rumor is confirmed, well remember that here we are talking about a rumor, Apple will also be carrying out tests to be able to mask rest of the components behind the screen, at the same time, offer the current level of security. Thus, we might experience having the iPhone 14 Pro marks the beginning of the transition from the current notch, to a future model in which we can already enjoy Face ID without any holes on the screen.

Rumor says that Apple iPhone 14 Pro will have 8GB RAM, the most ever featured in an iPhone. Even though the iPhone 13 series is still relatively new, all eyes have shifted to focus on what Apple will be doing next, and it seems like the new launch would be outdoing itself in terms of internal memory for the release of the next iPhone later this year. It makes sense that Apple would want to up the devices’ technical specs with the next release as the Apple products series have always been light in terms of RAM compared to all Android devices. Apple has been trailing behind when compared to the RAM offerings in Samsung phones, but if the iPhone 14 Pro features 8GB, then it will have the same memory as the low-end options offered by Galaxy S22 series.

Nothing is official yet with the iPhone 14. However, this year we have been seeing the trend that Apple has not changed the price list much, as the iPhone 13 was launched at the same prices as the iPhone 12 last year. We can therefore expect the price to be starting from QAR 4500 in Qatar.